I’ve always wondered where that black material used in art classrooms (and now even found in toothpaste!) comes from… But my wonderings came to an end the other day in the woods as we were presented with twigs from a Hazel Tree… 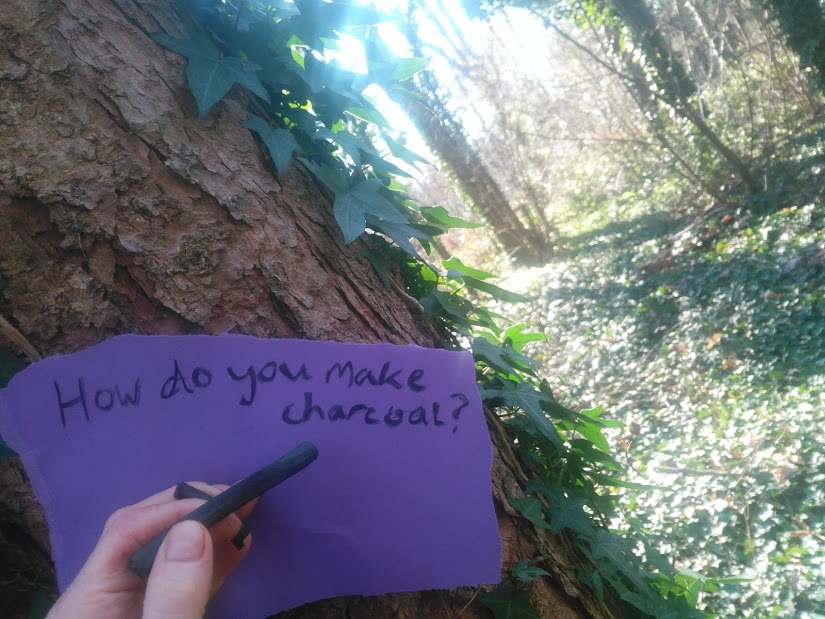 We were instructed to use a knife to scrape off the bark before placing the bare twigs into a metal tin with holes in. It was then placed on the fire for 30 minutes. 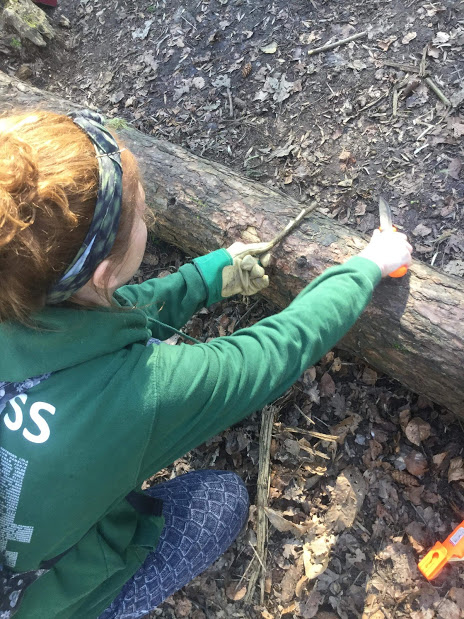 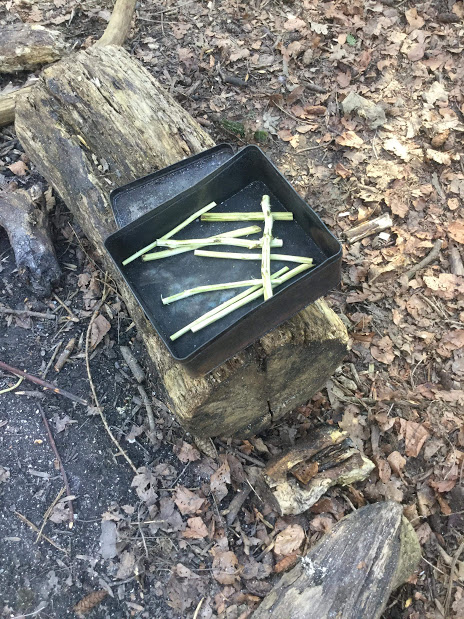 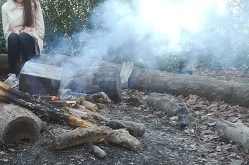 The tin was left to cool for some time before finally the contents were revealed. Tah dah! No longer 25 pale brown twigs, but in their place, 25 sticks of charcoal! The very charcoal used to write the question at the top of this page! 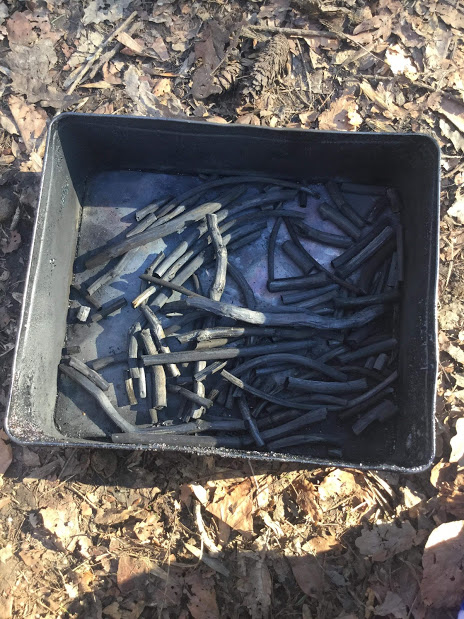 But how did that happen?

Charcoal consists of only carbon. A twig of Hazel consists of carbon alongside other compounds and chemicals such as water and hydrogen. When heated slowly in a low oxygen environment, the compounds other than carbon are burned off. Out of all the compounds in the wood, carbon burns the least easily. This is why it remains and you are left with carbon- charcoal.

The sticks were heated in a metal tin to create this low oxygen environment. The holes allow the smoke, as the other chemicals burn, to escape. The tin had to be left to cool, without taking the lid of, because if the intense heat of the charcoal met with oxygen, the charcoal would catch alight and begin to burn.

Here is a video of a man using a different technique to make charcoal, but the same scientific theory applies. Have a think as you watch: now you understand the theory of making charcoal, what’s the purpose of the mud covering?

Other than making pencils, what is charcoal used for?

Charcoal burns very well. Because it consists of only carbon, instead of energy being used to burn other compounds, energy is released as heat as the carbon combines with oxygen to form carbon dioxide and water. Also, because only carbon is burning, less smoke or dangerous vapours are produced. This makes charcoal great to burn when cooking or keeping warm.

There’s even more to trees than I had thought! With a bit of scientific understanding, they can be used in many useful ways!